2017 was one of the most eventful years of my life. There were some great highs, terrible lows and some big changes.

January
I started the year working a new job at HUB International, a commercial insurance broker. I had left Logos in late 2016, after five years, to begin a new job. That lasted for about five months.

February
I went back to Logos. Several positive changes had taken place since I left, and I was glad to be reunited with my old team. It has been great being back there.

February began an incredible sports year for Cash as his basketball team finished the season undefeated. It was his first time playing basketball, and he had a blast. Both boys were leaders on their indoor soccer teams.

March
Baseball season! For the first time the boys were on different teams. I coached Cash’s Minor league team while Brady moved up to Majors to play with coach Jim Walker.


April
Brady and Cash got some nice hiking gear for Christmas, so the boys and I pledged to do more hiking. We went on several fun hikes throughout the year and hope to do more in 2018. 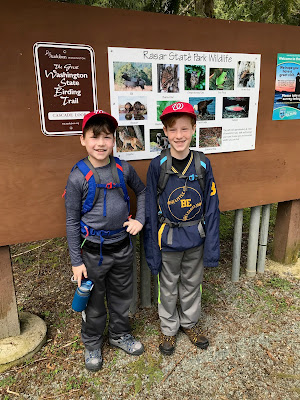 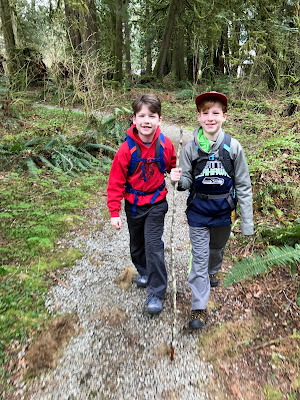 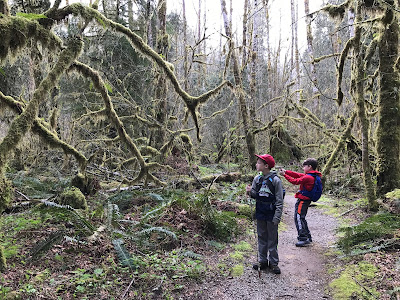 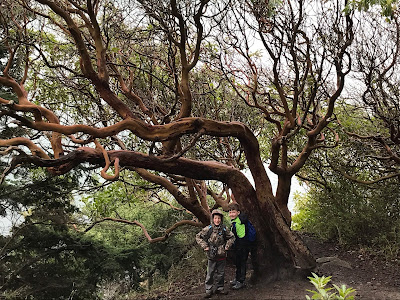 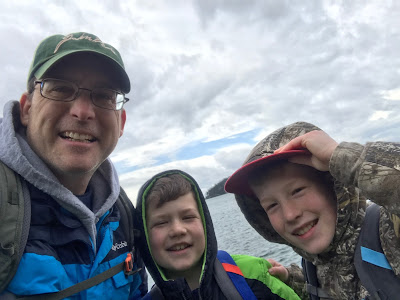 Easter was especially meaningful as both Brady and Cash made commitments to follow Jesus and were baptized. I was thrilled to baptize them with Dave Browning, our friend and pastor of our church. Dave was diagnosed with an inoperable brain tumor in February. Easter was one of our last times with him.


Baseball continued to roll on.


June
Baseball wrapped up with a storybook season for the Thunder (the team I coached and Cash played on). We went 13-1 and finished in first place. After losing in the first round of the playoff tournament, won seven straight games, including 9-8 in a 9-inning final game, to win the championship. 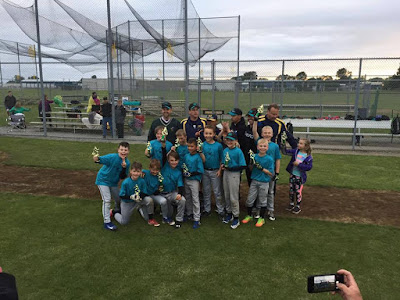 Both boys made their All-Star teams (Cash the 9-10 team, which I coached; and Brady the 10-11 team). Both teams had good tournaments, but did not win the district as Brady’s team had the year before.

July
We were fortunate to go to several Mariners games this summer, as we do every year. It's usually the boys and me, but Jamie came with us to this game, where the M's beat the Red Sox in 13 innings! 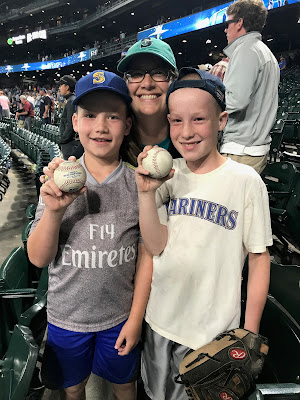 My best friend Dale Crockett came up to visit from Texas. Dale and I became friends when we were nine years old, and had remained close for 43 years--visiting each other frequently and talking all the time.

Here is a post I wrote about Dale a few years ago.

Dale brought sons Ryan and Benjamin, and his girlfriend Liz. They spent five days with us, and we had a fantastic vacation. I tend to be a “let’s just relax” person when it comes to vacation, but Dale wanted to go and see and do.

We packed a lot into five days. On Saturday we went to my company picnic--always a fun time with games and incredible food!

On Sunday we went to church, then to my sister-in-law Linde’s art show, then drove up to Birch Bay. We went to the beach and let the boys play in the water. We had a delicious lunch, then went for a walk down the beach and got ice cream at the C Shop.


On Monday we drove up to Mt. Baker and went for a fun and challenging hike--much of it through snow! That night Jamie joined us for a fun summer dinner on the patio at Johnny Carino’s. 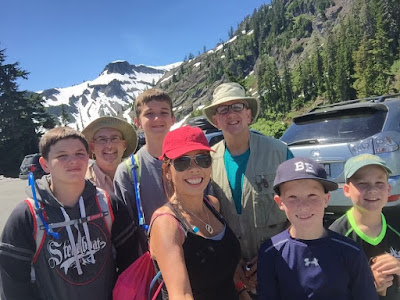 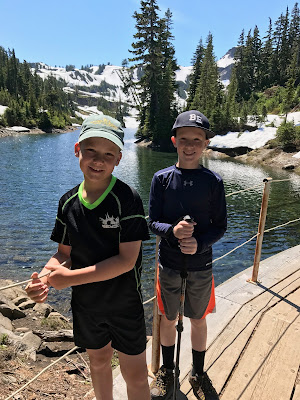 Tuesday we drove down to Seattle. Dale took Benjamin and Brady on a tour of CenturyLink Field, where the Seahawks and Sounders play (they only had three tickets left). 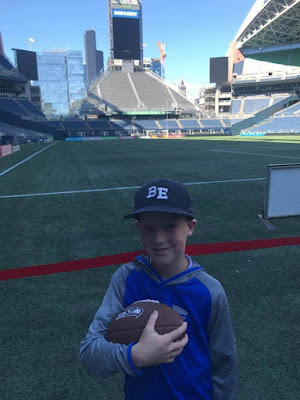 Liz, Cash, Ryan and I walked around, shopped and saw some cool sights.

That evening we went to Seattle Center, played in the fountain, went up the Space Needle and ate pizza. Another great day.


On Wednesday we took a ferry out to Friday Harbor. We played football and basketball in a park, had a great seafood lunch, walked and window-shopped and had ice cream.

On the return trip, while Liz and the boys sat inside the ferry, Dale and I went out on the deck and watched a beautiful Washington sunset. We talked about life and love, our kids, the past and the future. It was a wonderful conversation.


We said goodbye that night at our house as Dale, his boys and Liz drove down to Seattle for their last night in Washington. Later that night Dale asked Liz to marry him.

It was the best vacation I could ask for. Dale and I had fun with each other, fun with our boys, and it was wonderful to get to know Liz, whom Dale loved so much.

The following Friday was one of the worst days of my life. I woke up to see a message from Liz asking me to call her. When she answered, she told me that Dale had gone for a run the night before (on his birthday), had a heart attack, and died.

I was devastated. Apart from my family, no one was closer to me. Dale probably knew me better than anyone. He was my brother. Losing Dale was like losing a part of myself. I am still grieving. Hard.

August
I flew to San Antonio for Dale’s service and spent an amazing four days with Dale’s family as we remembered and honored Dale. Mr. and Mrs. Crockett invited me to stay with them, and just as when we were kids, they made me feel like part of the family. It was a powerful time with the Crockett and Perren families.

The day I returned to Washington, the boys and I flew to Virginia for an already scheduled vacation. 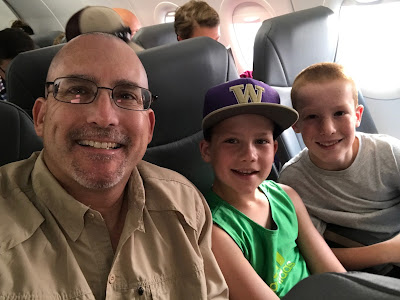 It was good to be home, where Dale and I grew up. We had wonderful time with my parents--Grandma Helen and Grandpa Jerry; as well as my brother Eric, his son Eric Jr. and family; my step-sister Cora and husband Steve; it was good being with them.

My brother Eric and I took the boys to Kings Dominion, something that has become sort of a tradition in recent years.


Another highlight was seeing Brad Walker. Brad, Dale and I were best friends when we were in elementary and middle school. I hadn’t seen Brad since high school, but he flew from his home in Illinois to join us in remembering Dale. It was wonderful catching up with him.

We returned home to Washington and the boys got ready for school. Brady began middle school (sixth grade), and Cash started fourth grade.

September
On the first, our pastor and friend Dave Browning died. Dave and I had known each other for about eight years, and had become much closer the last two years. He was the latest in a line of great men that God has brought into my life to mentor me. We met for coffee or lunch regularly, sharing ideas and encouraging each other. He was a great man.


There was good news--Jamie started a new job as Health Room Assistant at the boys' school. After commuting to Anacortes for six years, she was glad to now be working four minutes from home!


Both boys began soccer season; playing with many of the same kids they had in the past.

Cash with a penalty kick


The boys also played fall baseball--Jim Walker, who coached Brady in the spring, coached the team, and I had fun helping out.

Cash was the youngest player on the team, but had a great season, as did Brady. Both boys played really well.


Brady began a new activity playing snare drum in the middle school band! We had a wonderful time at his first concert at Christmas time. 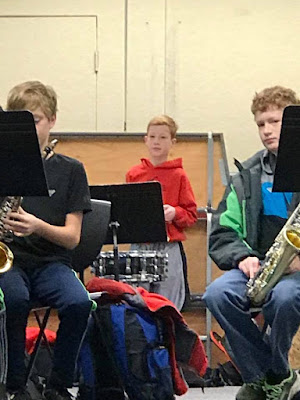 I traveled to Nashville with work; representing Logos at a conference at the Opryland Hotel. It’s a fantastic place to be! I spent a special morning touring the Johnny Cash museum downtown. 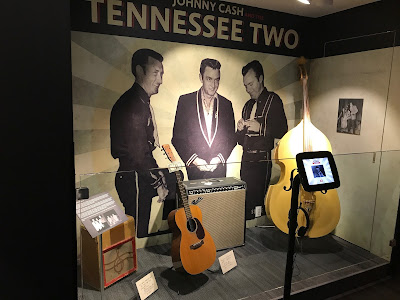 The highlight of the trip came after the conference, on a visit with my grandmother, who is 95 years old! 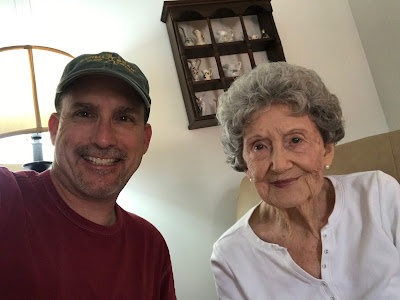 October
I took a work trip to our office in Tempe, Arizona. It was a great time of team-building with some of my friends and co-workers there.

Ashley turned 22. That just doesn't seem possible. We didn't see her as much this year, as she stayed in Portland for the summer, working. We saw her on holidays, and a few other times she came home or we went to Portland.

We had a great time surprising her by going down in August; and she surprised me by picking me up at the airport when I returned from one of my trips.

She is about to begin her final semester of college, which also doesn't seem possible. She has done an amazing job and is looking ahead to big things.

Cash’s soccer team, the Storm, finished an undefeated season and won the league tournament. Cash had an incredible season. In 2017 his teams finished in first place in basketball, baseball and soccer. 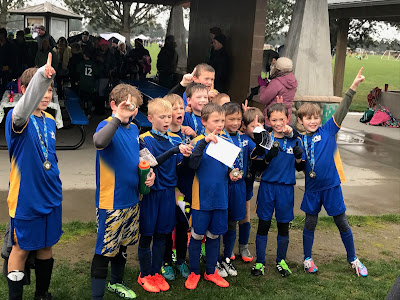 Brady’s team didn’t win as much, but still had a great season--and Brady was a great leader.

I took another work trip, this time to Providence, RI, and Boston. It was another good time with friends and co-workers.

The boys began indoor soccer and basketball. It never slows down. 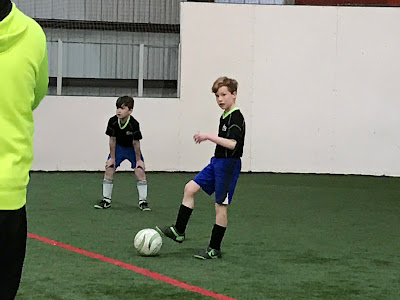 I had an up and down year with my health. I injured my back in January--a slipped disc and pinched nerve, but physical therapy helped a lot. In the summer I joined the local Planet Fitness and did a great job working out. I lost some weight and have felt much better.

I re-injured my back on Thanksgiving Day while working out. Back to physical therapy; saw improvement, then injured it again the day after Christmas. Still trying to heal and deal with the pain.

We had a wonderful Thanksgiving dinner prepared by Jamie’s mom, and it was great having Ashley home!

December
We had a fun family event in December. Earlier in the year I met Brandon Graham, who plays for the Philadelphia Eagles, through work. He invited our family to the Eagles-Seahawks game in December. Ashley drove up from Portland and we all went to the game, then got to meet Brandon after the game. He was incredibly generous and made the kids feel special at their first NFL game (and the Seahawks won!) 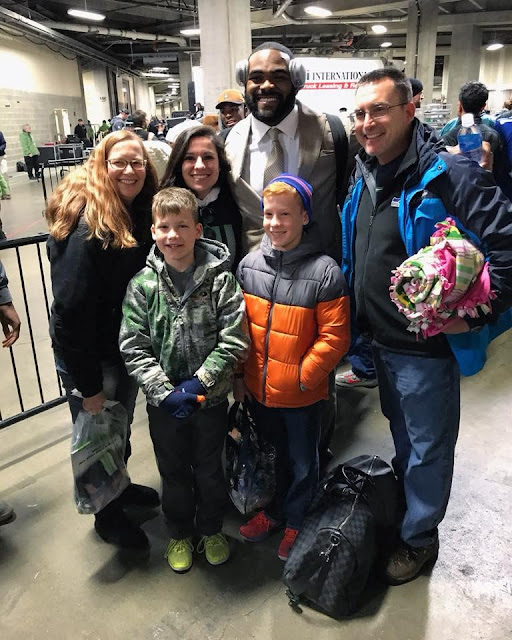 I am grateful for my family, and the blessings we experienced in 2017. But there is a darkness over me as I write this. 2017 was hard. I lost my best friend and my pastor. I lost two other friends--Rick Hope, who was a good friend and coworker during my years in Texas (1992-2002), and Kevin Cong Ly, a good friend and classmate at Leland Seminary. All too young.

I have never faced death like this. I am grateful for my wife and my three wonderful children. I love my job, my boss, my team--and I look forward to work most days.

But my heart is heavy over the losses. Dale was my best friend. He was the one I called when I needed help, or advice, or someone to listen. He was my rock. My person. And without him, I feel a little lost.

I know the holiday season adds to the challenge, but I am trying to walk through this time and keep loving God and loving people.

And today, on January first, I look at the year ahead.

I want to balance grief and hope.
I plan to watch less TV, and spend more time reading.
I want to get more involved in ministry, and I'm working on some ideas for that.
I'm eager to get back out there with the boys, hiking once or twice a month.
And I want to always work on being a better husband and father.

Some pics of Dale and me through the years: 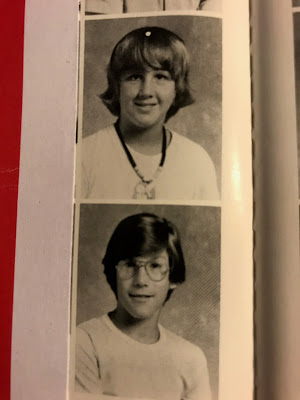 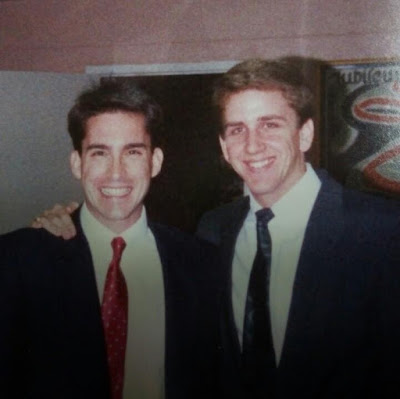 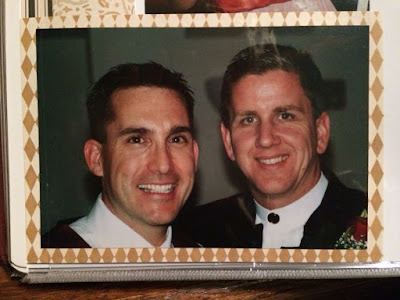 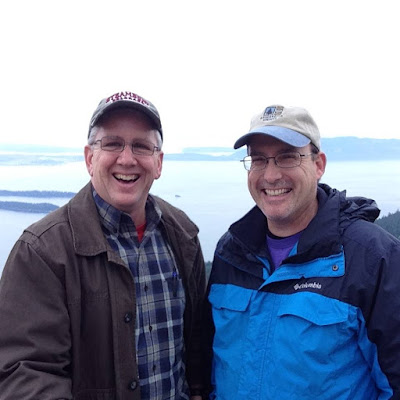 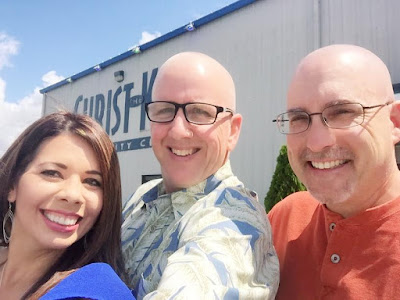