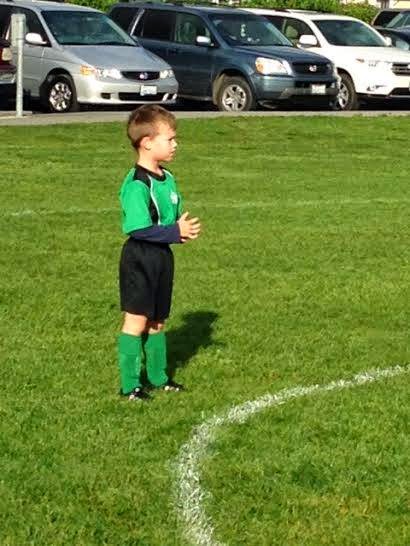 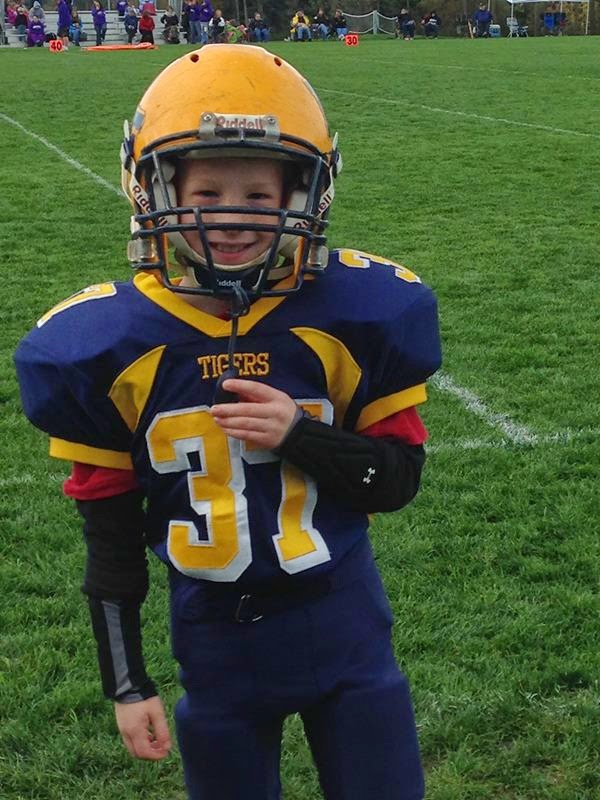 Last Saturday was the last day of Brady's football season and Cash's soccer season. Both boys had great seasons.

Cash led his soccer team in scoring and was a real leader on the field. I was really proud of how he tried to include teammates. There were many times where he could have scored goals, but instead looked for opportunities to pass the ball and give his teammates a chance to score.

Cash always worked hard in practice, and gave 100%. He is a natural athlete and makes it look easy, but he always did his very best. He has fun playing, which makes it fun to watch him.

Brady finished his second year of football and was also a leader on his team. He was one of the smaller players, but played like a big man. He led his team with 9 touchdowns in 9 games, including 3 in the final game, a playoff game they lost 26-18. Yep, Brady did all their scoring in that game.

He played running back, defensive back, kicker, and kick returner. The only time he ever came off the field was when a game was out of reach and he came out to give younger players time on the field.

At the beginning of the season I told Brady he wouldn't be one of the biggest guys, but he could be the guy who works hardest. That's who Brady became. When the team ran laps, and some players would slack or cut their laps short, Brady always went all out, and tried to finish first.

It was obvious how his coaches appreciated and respected Brady's work ethic and leadership.

Thinking about the boys playing their sports, I can't help but remember how much I love to watch Ashley play soccer. That was a big part of our lives for many years. She was so fun to watch and cheer for. As she recovers from her ACL surgery earlier this year, I hope she'll get back into soccer at some level, and that we get to watch her again soon.

I love that all three of our kids are terrific athletes--but even more, I love that they play hard and work hard and give it their best. I'm a proud papa.
Posted by Todd at 12:02 AM No comments: